A lot of folks put on a pair of running shoes, bolt out the door and just start running

Sounds reasonable enough. I started running this way as did many other runners - but take my word for it, this approach will most likely lead to problems later

- the risk of injury is greater and the chances of staying motivated would be slim to none. So, even as a raw beginner, plan your running from the start - follow a running program which takes you toward a given target

The Couch to 5K program is designed to condition your body for running – so instead of giving your body a sudden shock and going out for a 1 mile run, the c25k introduces you to running gradually, giving you time to adapt and get fitter

You might find the program a little slow-going at first - but stay with it - things will liven up mid-way through the program, so try to be patient and positive, there’s no rush..! 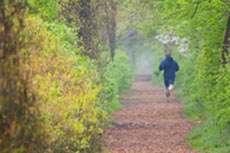 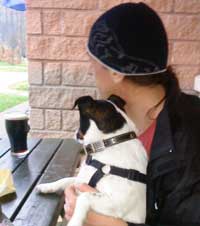 As you can see below the c25k is a 3 day a week program and I've designed it in such a way that the third run of the week is the longest run and the 2nd run is usually the shortest. Choose any 3 days of the week but make sure you don't run consecutive days

Start and finish each workout with a 5 minute walk. This warms up your muscles before a run and allows those tired muscles to recover after a run - good for injury prevention ;-)

Looking for a printable version?

So, now you know how to start running, why not begin today! Have a go at the program and see what happens. What have you got to lose?

Any struggles, read our Running For Beginners page (if you haven’t already) - here you will find lots of helpful advice and running tips to help you through it

If you've never ran a step since your school cross country days, don't worry! Look at the Couch to 5K program closely and you will see it is designed to break you in gradually, even if you are a couch potato :-)

Well, the last thing you want to do is put your running shoes on top of the wardrobe and forget all about running - continue with the good work!

Now, I'm not saying go out and run 5K every time you want to go for a run. Instead do some smaller runs during the week and one long run at the weekend (your 5K) - for example, on Mondays, Wednesdays and Fridays run 2 miles and run 3 miles on Sunday as your long run...

Then you can increase your long run gradually (1/4 mile a week?) and increase the mid-week run to 3 miles and so on...

Just remember as a new runner keep to less than 5 runs a week, have one complete day of rest and also have the odd lighter week when you do less mileage than normal

A few weeks from now and you'll wonder why you didn't start running years ago...

To return from Couch to 5K back to the Home Page click here...