Were we really Born To Run?

Did the need for Persistence Hunting require us to evolve into endurance runners as well as walkers? 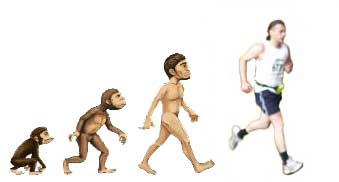 We all take for granted that when we evolved from quadrupeds to bipeds, it was so that we could walk upright, but there are certain characteristics of our bodies that point to the theory that we also evolved to endurance run...

Homo Erectus man evolved with the ability to sweat regulating body temperature, with a huge gluteus maximus muscle (the bum) which enables the leg to spring back while running (a smaller one would do for just walking) - the legs were packed with short springy tendons, ligaments and short-fibre muscles, essential for running

All of these things, together with the evidence of bones from the Homo Erectus period which revealed a change in protein levels in our diet, meant that something amazing was happening to our evolution 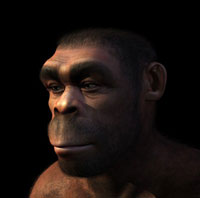 Climate changes around 2-3 million years ago meant the lush rainforests of Africa were decreasing and vast dry savannahs were pushing them back, so food was becoming harder to find for the Hominid species of forest dwellers. It was time to come down from the trees, become dedicated bipeds and extend our range into the savannahs

Homo Erectus was born and not only did we change our skeletal and muscular structures, we also changed our diet quite drastically

This could only have come from eating animals; therefore we must have started to hunt 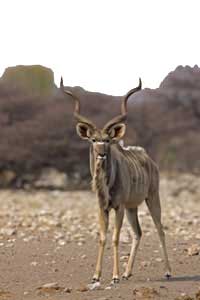 This doesn’t seem such a big deal, until you consider that at this point in our evolution we had not yet developed the skills to make weapons, all the ancient hunter-gatherer would have had, were big sticks to use as clubs and rocks! Spears with pointed flint heads were not around until 200,000 years ago and bow and arrows came even later at around 50,000 years ago

So how were we catching and killing animals without projectile weaponry?

The theory revolves around a particular type of hunting known as Persistence Hunting. This type of hunting involves tracking an animal over long distances and running it into exhaustion. In fact, Persistence Hunting is still practised today in Africa, Australia and north-western Mexico. In particular you may have heard about the Tarahumara people from north-western Mexico, featured in Born To Run...

One Persistence Hunter, and his dog...

Dr Lieberman recalls having a “eureka” moment when he was out running with his dog on a hot day and  his dog had to keep stopping so it could pant and cool off in the shade, this was quite annoying for him because he wasn’t even breaking a sweat and just wanted to carry on running

This story is well known among runners (especially the barefoot variety) and worth bearing in mind if you run with your dog ;-)

The point is that Dr Lieberman realised that humans could outrun even fast animals. This was due to our ability to sweat which regulates our body temperature and the fact that we can run within aerobic exercise boundaries for long periods (jogging pace) 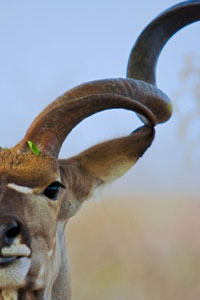 “Running an animal to heatstroke is something that most humans can do, and that other animals can’t,” says Lieberman. “It’s a compelling explanation for why these capabilities evolved, and frankly, nobody’s come up with a better idea yet.”

All you have to do is run the animal into the ground, spurring it into bouts of anaerobic sprinting until it can’t pant. Eventually it runs into a state of exhaustion and heatstroke then it collapses...

I will never moan about being sweaty again!

When you put Persistence Hunting together with the skeletal and muscular makeup of the Homo species, they form a theory called - The Endurance Running Hypothesis - meaning that we evolved as endurance runners in order to hunt and survive 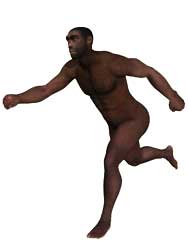 Remind me to take a big club out with me on my next long run!

(would definitely save us money on the shopping!)

So next time you are reading about an ultramarathon runner or someone who has decided to run across a continent barefoot, remember he is only doing what comes naturally - could be that he's not a nut-job after all...

No wonder marathon runners talk about endurance running as addictive, if Lieberman and Bramble have got it right, running is not only good for us but we are built to be highly efficient at it

And just to blow the Barefoot trumpet a bit, I don’t think Homo Erectus was wearing corrective running shoes when he was chasing down his dinner!

- Persistence Hunting giving me yet another reason to run barefoot!

Not that I needed one...