Benefits Of Running -
A Healthy List Of Reasons To Run!

There are so many benefits of running you read about on the web but, as you know, you can't believe everything you read... 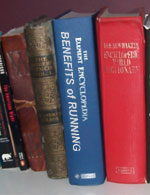 I put something to the test the other day and entered into Google "running is good for ..." and then entered "a", then, "b", "c" etc. For nearly every letter there were suggested benefits for running and, even though there are many running benefits, some may be a little far fetched ;-)

So, I thought I would put together a list of running benefits which would stand up to the test of research and I was left with this list. Hope you like it

Whenever you need some extra motivation to run, remember to come back and read this list again - certainly gets my motivational juices flowing when things get tough ;-)

Note: I've included some of my research sources at the bottom of this page

Running physically strengthens your heart and increases lung capacity which, in turn, improves the flow of oxygen and blood throughout your body, helping to reduce the risk of heart disease 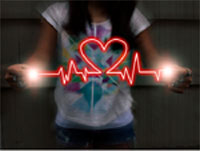 Research has proven that running lowers blood pressure. According to the experts low blood pressure occurs in runners because the arteries become more relaxed and flexible

A popular side-effect to running is weight loss. Keep a journal of what you eat and follow a good runners diet and you will not only lose weight, you will also be able to use running to keep the weight off ;-)

There are many studies supporting that runners live longer. One such study by the Stanford University Medical Center (U.S), found that regular runners compared to non-runners had a lower mortality rate. The study was done with 500 runners in their 50’s and the case was followed for over 20 years - 34% of the non-runners died compared to 15% of the runners

Bones react to the impact forces of running and as a result become stronger, increasing bone mineral density and so reducing the risk of osteoporosis when we get older. Research confirms that regular running increases bone density more successfully compared to cycling and swimming, which is virtually non-impact 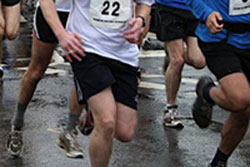 Running Is Good For Your Knees

Studies now indicate that running is actually good for the knees. One study at Boston University of Medicine discovered that running stimulated the cartilage in order to repair damage, increasing the production of certain proteins which make the knee stronger. The exceptions to this are people who have had knee surgery or had a serious knee injury. It is also advised that people starting to run who are more than 20lbs over weight should return to a safer weight first to avoid over-loading the knee joint

Too overweight for running? - Don't worry - start with  lots of walking, burn off some weight and when you can walk briskly for an hour start our Couch to 5K walk-run program - the ideal way to get started.

Consistent aerobic exercise like running, followed up with a good nutrition plan and weight loss, significantly lowers the risk of developing type 2 diabetes, research confirms. Running has also been known to reduce or stop the need for medications for people with type 2 diabetes, using running as an effective means of managing blood glucose

Reduces The Risk Of Cancer

Numerous journals and publications have linked running with a lower risk of cancer – running lowers the risk of lung cancer, colon cancer, prostate and liver cancer… and especially breast cancer. Running produces a positive hormonal response and, because certain cancers develop from hormonal imbalances, your running can help prevent these cancers occurring, as well as other cancers not listed here

One of the main benefits of running is that it leads to a positive long-term immune response, equipping your body to fight off germs and bacteria. This is why runners get fewer colds and infections 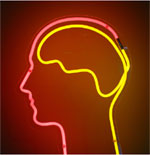 Running has been shown to improve blood flow to the brain, reduce muscular tension and to improve hormonal imbalance, all of which are connected to the cause of migraines and frequent headaches. There are rare occurrences of migraines being brought on by running, but on the whole running is beneficial for headache and migraine

Make sure you are properly hydrated before, during and after your runs as dehydration alone can trigger a migraine or headache.

Running increases serotonin levels in the brain which is good for avoiding stress but also very effective for stress relief. After a stressful day, a run works to relive my stress almost instantly – the fresh air and countryside, adrenalin pumping, then soon my troubles are behind me

Studies have shown that if you run regularly this can boost your creativity and increase learning capacity. One such study in 2006 at University of Muenster, Germany, discovered a direct relationship between running and learning ability. So, running even makes you smarter!

One of the mental benefits of running you hear a lot about is its effect on depression and anxiety. Nowadays many doctors will prescribe running for depression before they prescribe medication due to its continued success. The production of beta endorphins in the brain is the scientific explanation, but there is more to it than that I think…

Reaching running targets time after time – even small targets – will provide a certain sense of achievement. This will build self-confidence and enhance self-image which spills over into other areas of life, for example at work. In other words, achieving running targets lets you believe other obstacles in your life can be overcome with the same mental approach you have towards running 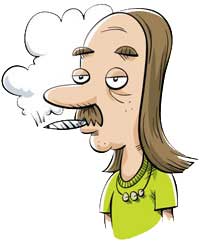 There are many success stories of people coming off drugs through running - from tobacco and alcohol to the more serious drugs such as cocaine and heroin. When someone stops taking drugs there’s a hole left in their lives, and running conveniently fills this hole – after all, running is something to obsess about!

Research shows that running helps people sleep. One study at Stanford University School of Medicine which looked at older people with sleeping problems, concluded that by starting regular exercise their sleep improved

If you have sleeping problems try running earlier in the day. About 6 hours after a run is the best time to sleep, when the body has cooled down.

Other Benefits Of Running..?

Of course, there are other benefits of running which are not related to your health – just putting on my shoes and going for a run is the most convenient and inexpensive form of exercise I know, so there’s two benefits for a kick off

And one of my favourite benefits of running is that it's good for the libido! (no, it’s true!) - research into this not only shows that running is good for your sex life, but also that sex boosts running performance!

So think on, the next time you run a marathon, in the morning you could, well, er… boost your performance! :-)

Benefits of Running: Some things can't be proven 100% but I thought I would show you the research I have been reading so you can see where the information was gathered and how my conclusions were met:

Exercise Type and Intensity in Relation to Coronary Heart Disease in Men - Mihaela Tanasescu et al. The Journal of the American Medical Association

Running and Your Bone Density - Livestrong.com

Good For Your Knees:

Put Those Shoes On: Running Won't Kill Your Knees -npr.org

What is the Effect of Physical Activity on the Knee Joint? A Systematic Review - Urquhart et al

Running Can Make You a Sex God: Study - Canada.com

Remember - if you ever get stuck looking for reasons to run, revisit the benefits of running page for a quick motivator, works for me ;-)

Just starting out? Try our Couch To 5K Program. Train to run your first 5K with gradual walk/run sessions - perfect for the beginner! ... more

To leave the Benefits of Running page and return to the home page, click here >>>