When Did The History Of Running
Begin?

The history of running is a bit “hit and miss” really. It would seem as if recreational running and jogging just popped up out of nowhere in the last 20 or 30 years and took the world by storm 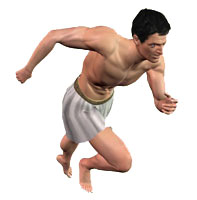 Although there are huge gaps, running appears all throughout history - usually as a means to an end. For example, in persistence hunting ancient man ran hundreds of miles tracking and hunting for food

But where and when did we start to run for sport and recreation?

History of Running - The Games

The Gods and Goddesses were the focus for the ancient Greeks and they began the Olympics Games around 2,700 years ago in honour of the God Zeus. At the beginning, the games were only a day long and one of the first recorded events was a sprint from one end of the arena to the other

The Games developed into a four day event and sports such as the Javelin and Discus were added, these games inspired the modern day Olympics which began in 1896 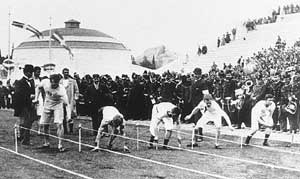 Local competitive running, especially in rural areas of Europe, are also likely to have been started as a result of religious festivals

These festivals such as the Tailteann Games in Ireland were originally “funeral games” held in honour of the deceased and the Goddess Tailtiu. Traditionally they were held in late summer and would finish on Lammas eve (1st August)

All kinds of local sports were included (tug of war, wrestling) but they also included a few running events, one which was long distance

There is debate on when these games started - some proposing 1829 BC, others as late as 632 BC. The Gaelic Athletic Association revived the games in 1924

Fell running across the moors and hills of northern Britain is another example of Religious festival games - for example, in harvest and Easter celebrations. The first recorded fell run took place in Braemar, Scotland in 1040 AD and was organized by King Malcolm Canmore

History of Running and Jogging

Here we encounter another gap in the history of running and we now shoot forward to the 16th century when the term “jogging” was starting to be used and swordsmen were using running and jogging as a training technique. This was very much in the realms of the upper classes and the nobility

This is probably the beginning of running as a fitness tool

Coming a bit more up to date to the late 19th and 20th century, running and jogging were becoming increasingly popular in training regimes as athletics became a Professional sport

History of Running - Social and Fitness

So what kicked off the sudden rise in popularity of recreational running during the last 40+ years?

Well it is credited to New Zealander Arthur Lydiard who formed the Auckland Jogger club, for social and fitness running (although I’m not sure how they get it down to one man!) 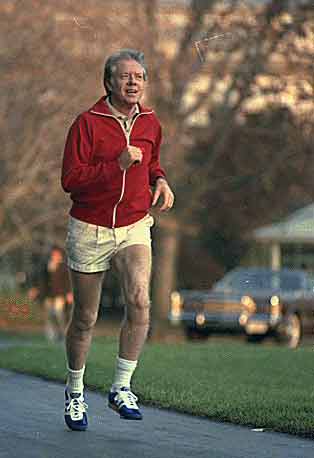 It is recorded that 25 million people took up social and fitness running in the USA during the 1970’s, included in that count were the actor Clint Eastwood and ex American president Jimmy Carter

The 1896 Olympics is directly responsible for the beginning of the Boston Marathon, apparently a group who had been to see the Games were so impressed with the marathon that they decided to hold a marathon race every year

The Boston Marathon has become one of the most prestigious races in the world today; it started with just 18 entrants in 1897, it now attracts over 20,000 entrants every year 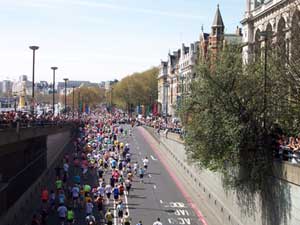 In the UK running came hot on the heels of the fitness and aerobic craze of the 1980’s. Since then there has been a steady increase in the number of local running clubs and events

Assuming recent theories are correct, we have ran ever since we could stand up right and what the history of running shows us is that we never really give it up

For me, as a 40 something, working class British woman, the best thing about running is the fact that it transcends age, gender and class issues that can clog up certain sports, as well as other aspects of daily life!

The history of running is likely to be a long chapter in our civilization, and as long as we still have two legs to run on, I don't see it ever ending... do you?

Want to hear more on Persistence Hunting? – here we look at this ancient practice and why endurance running has helped us to evolve. We wouldn’t be sat here if it wasn’t for running!  ...more

Ever wondered what the health benefits of running are? This page gives you a researched list of mental and physical benefits you get from running... more

To return from the History of Running page back to the Home Page, click here